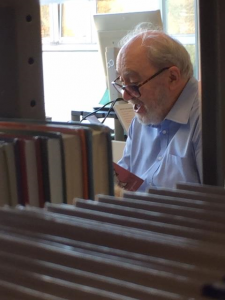 Gábor Nógradi ist ein ungarischer Buchautor, Drehbuchautor, Dramatiker, Publizist und Poet, der vor allem für seine Kinderromane bekannt ist.
Liza Varsányi, P 5 EN A, kommentiert seine Lesung für die ungarischen Kinder:”Mr. Gábor Nógradi paid our school a very nice visit. He did his very best to make us feel well and inspite of being older he did that pretty well. He has written most of Hungary’s humorous books for kids and adults. His books are humorous, but in fact he is serious and clever and that shines through.
When the hungarian teacher came up this year with the idea of inviting an author, I was the one that actually stood up and said: Mr. Nógradi is a close friend of my grandpa! So, that’s how he endend up visiting in school. Some students even ordered some of his books and we also ordered some for the primary library. It was a very interesting reading: We laughed and learned a lot.” 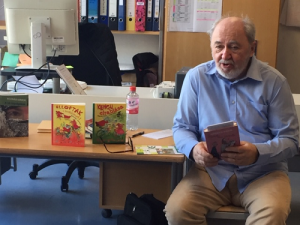 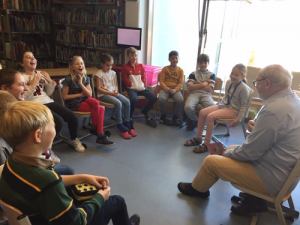